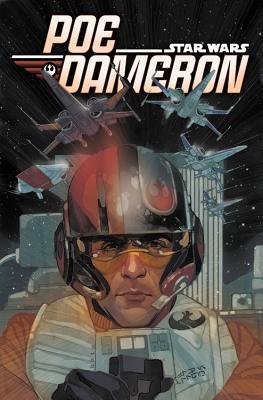 Synopsis: AN ALL-NEW ONGOING SERIES SPINNING OUT OF STAR WARS: THE FORCE AWAKENS!

Poe Dameron, former Republic flyer turned Resistance fighter, is the best pilot in the galaxy. Hand-picked for the resistance by General Leia Organa to lead a squadron on a top secret and vital mission…Poe sets off investigating sites of historical importance to the Force. Revealing backstory leading directly into the holidays’ greatest adventure, follow Poe and his X-Wing squadron on covert missions against the First Order.

I think Poe Dameron was one of the best new characters in the force awakens, and apparently, i wasn’t the only one because we are now looking at a comic all about him and his journey looking for Lor San Tekka.

This comic comes along with a lot of new canon for the Star Wars franchise, if you really get to read it all, and have time to do anything other than it, please tell me how you do it. There’s a lot of stuff going around.

Since Poe is one of my favorite characters from the new movie (go Rey!) i was really happy to get to read this comic about him. Now, to be completely honest it didn’t quite match my expectations.

I did like the illustrations, they are sort of raw and the characters look a lot like their 3d human counterparts. It is a nice visual experience, at least i enjoyed it.

My main problem with it is the story. I’m not sure if the ideas aren’t well executed because they don’t know how to really do it, or if they just aren’t even trying. But, after reading 7 issues of the comic i stopped reading, because i wasn’t even sure why i did keep buying these issues.

Even though, if you wanna give it a try, maybe it’s better to get the first issue and not the whole book.

I don’t know, i’m a bit disappointed with it, but i may give it a second opportunity.

Would i recommend this comic? Well, if you are looking to read more about Poe Dameron or the canon itself, you should give this a try otherwise… i don’t even know what to tell you.