so before we start with this review i want to say that this one comes with a trigger warning just in case, because i’m not sure how sensitive people may be to the subject, only while reading about some real cases and books like this one (fictional) i realized that i get anxiety and panic attacks because of the sensitive subject. The book is about school shooting and bullying, so if it may trigger you, please stop reading. Thank you. 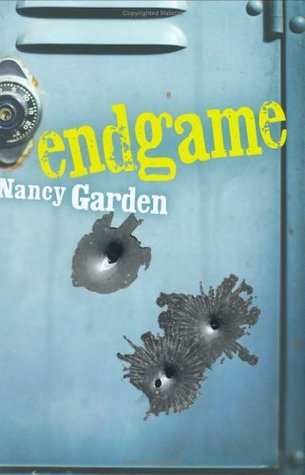 Summary: A new town, a new school, a new start. That’s what fourteen-year-old Gray Wilton believes as he chants, “It’s gonna be better, gonna be better here.” But it doesn’t take long for Gray to realize that nothing’s going to change–there are bullies in every school, and he’s always their punching bag. Their brutal words, physical abuse, and emotional torture escalate until Gray feels trapped in a world where he has no control, no support systems, and no way out–until the day he enters the halls of Greenford High School with his father’s semiautomatic in hand.

When looking for books about school shootings, i stumbled upon this one and decided to give it a chance because it was written by the author of ‘Annie on my mind’ which was groundbreaking and i supposed her other books would be about the same. I mean, groundbreaking.

The book is about one hell-a difficult topic, one that takes place more than we’ll ever hope for. School shooting is a very harsh issue to talk about, mostly because there isn’t much a regular person would understand about why would a kid do something like that.

Understanding all i said above, let me talk about what i think about the book.

The book is about, mostly, the reasons that brought Gray, the main character, to deciding to put an end to the bullying he was experiencing at school. To be honest, be was sort of bullied also at his home, by his dad, so he is presented to us as a very abused young boy.

As the story develops we discover Gray had had problems in his previous school, a violent act he made got him expelled and his family moved far away trying to start from scratch again. Only his father is always angry at him and discourages him all the time. We learn about his perfect brother and his pasive mother that is sort of afraid of his father.  At school the jocks are horrible people, and soon Gray will find himself planning to do terrible things to the people that wronged him.

Fact about me reading the book: I felt nauseated  most of the time.

The vibe of the book is sort of dark (yeah, not only because of the shooting issue), but because it makes you feel hopeless, no one will help Gray, no one seems to really see him or understand that he needs help. And that’s clearly the message the book is trying to send. Kids need support at school, they need someone who sees them and stops the bullying they suffer.

The story is very well written. It will make you angry and sad from all the stuff Gray gets through. At some points i just wanted to get in there and make the bullies and his dad stop, which made me feel uncomfortable because at the end i always remembered he was the shooter. Although i believe it was the point, to remind us that the shooters in those cases are also humans with feelings [which in some cases may be debatable].

The problems the main character endures hit home, in a very convencive way. Even if at some points the way his thinking would change and become sort of radical felt a bit rushed. His pain is real, his reactions to the bullying are real, his anger and hopelessness are something many of us has endured back in school at some point.

And even when it feels so real, something didn’t click for me, the final decision the main character makes felt unrealistic for some reason. The book had potential in the matter of bullying but the shooting felt wrong and weird and rushed as if the author didn’t really wanted to deal with it, maybe didn’t know how to.

In conclusion thee book is an eye opener to the bullying going on schools, the suffering of so many kids and what the lack of interest or sympathy from adults may end up bringing to.

3 thoughts on “Endgame by Nancy Garden”