So! here we are with yet another review for a book i recently read. I got a copy of this book from NetGalley in exchange of a honest review. 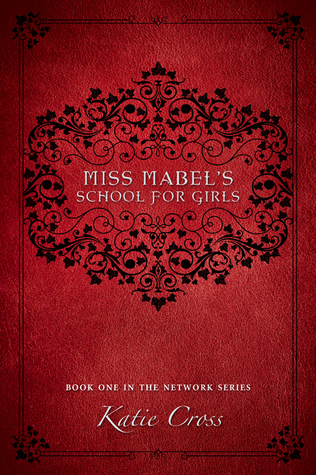 Summary: Never underestimate the power of a determined witch.

Letum Wood is a forest of fog and deadfall, home to the quietly famous Miss Mabel’s School for Girls, a place where young witches learn the art of magic.

Sixteen-year-old Bianca Monroe has inherited a deadly curse. Determined to break free before it kills her, she enrolls in the respected school to confront the cunning witch who cast the curse: Miss Mabel.

Bianca finds herself faced with dark magic she didn’t expect, with lessons more dangerous than she could have ever imagined. Will Bianca have the courage to save herself from the curse, or will Miss Mabel’s sinister plan be too powerful?

Before i first started this book, i wasn’t expecting much, maybe just a “Harry Potter” wannabe. But the moment i actually started reading i found out it was nothing like what i thought.

Well, yeah, Bianca is a witch going to a magical school. And yeah, in her first day at school she is presented with the opportunity to participate in a tournament (which really reminded me of the Goblet of fire, but just for a moment), but that’s all the resemblances i saw.

The story is about a cursed girl and her attempt to get rid of the curse that is killing her, her mother and her grandmother. The only person able to erase the curse is Miss Mabel, and that’s Bianca’s reason to participate on the tournament. As for that, the tournament itself isn’t very important. To be honest i found the tests quite ‘boring’, per se. Nothing very exciting.

And that’s something that truly catched me with this book. In difference of many others this book is slow passed, except for the tests,  every little thing is described in a very explicit way; like, at every moment i felt as if i could touch or smell the things that were described. The feeling of being in the place, really helped me stay on track of the story.

Also, the place in time of the story was well presented, by the way the girls at the school and the manners you could imagine the time of the story being the  Victorian times, which made it delightful to read.

As for the characters, although they were lovely, i found them a bit flat, the backgrounds and storylines were touched so little, i can’t remember any of them, only Bianca’s storyline. Most of them didn’t get any developments on character. The only one changing a bit was Bianca herself, because otherwise you could develop the story itself. But yet, again, the presented characters were kind and lovely as much as they could be.

A fact that i really liked about the book, is that the story is about Bianca trying to get rid of the curse, yeah, there where other little storylines, but non of them related to having crushes or romances (expect for one, that was pretty important). The girls at school were there to study, and although they were still teenagers, their stories were about their lives in school. As a person less interested on reading books about romance (those books that every two pages people are kissing each other), i found this very refreshing and mostly great.

In conclusion, a good afternoon at home alone reading.

Actually right now i’m looking everywhere for the sequel of this book, because i liked it very much.